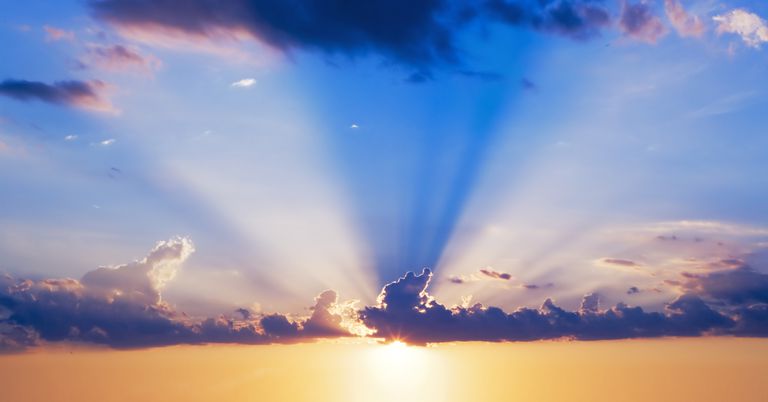 Definition of Eternal from Merriam-Webster

b: of or relating to eternity

c: characterized by abiding fellowship with God “good teacher, what must I do to inherit eternal life?”— Mark 10:17 (Revised Standard Version)

In the 1930s an Australian alcoholic named Arthur Stace was converted and heard an inspiring sermon on the subject of eternity. The preacher said, “I wish I could shout ETERNITY through all the streets of Sydney!” Stace was so moved that as he left the church he felt an immediate urge to write the word Eternity; he had a piece of chalk in his pocket and bent down and wrote on the pavement. Stace was hardly literate and could barely write his own name legibly; but when he wrote Eternity, he did so in elegant copperplate style script, usually about 2 feet wide on the pavement. He spent the rest of his life – until 1967 – waking each day at about 5:30, praying for an hour or so, then going around Sydney where he felt God led him to write Eternity all over the city.

It’s been a year since I wrote my last blog.  When I was first diagnosed with cancer five years ago, writing for me was a kind of therapy. I needed a way to process everything I was feeling to maintain a sense of control.  Back then my doctors gave me two to five years to live. “Terminal” they said. This turned out to be a blessing and a curse. The blessing is a renewed awareness of the finality of life.  Family and friends became more important and the stuff that used to annoy me didn’t bother me quite as much. Mary and I both learned not to sweat the small stuff, and it’s all small stuff.

“One of the mistakes many of us make is that we feel sorry for ourselves, or for others, thinking that life should be fair, or that someday it will be. It’s not and it won’t. When we make this mistake, we tend to spend a lot of time wallowing and/or complaining about what’s wrong with life. “It’s not fair,” we complain, not realizing that, perhaps, it was never intended to be.”

Richard Carlson, Don’t Sweat the Small Stuff … and It’s All Small Stuff: Simple Ways to Keep the Little Things From Making Over Your Life

The curse is that if you let yourself, you are in a constant state of holding your breath, waiting for the latest test results. In the beginning, I was consumed with research and looking for the next breakthrough. I spent the first two years flying back and forth to NIH, participating in their clinical trial, praying for a glimmer of hope. Most days, I spent reading the Word of God and praying for a miracle.

Physically, I am feeling OK, but I get tired easily and have lost some muscle in my legs due to the hormone therapy.  I’ve fallen a couple times when my legs gave out but haven’t suffered anything more than a skinned knee and bruised ego. The lesions on my pelvis haven’t grown and my PSA is under control for now. In fact, I have never really experienced any symptoms from the cancer.  It’s the meds I take to control the cancer that remind me that I have the disease.

Last July we joined our travel buddies, Craig and Debbie, on a trip to Yellowstone National Park.  We stayed in Cody, Wyoming for two weeks and ventured out to see Old Faithful, the Grand Prismatic Spring, Lamar Valley and rafted the Shoshone river.  On the 4th of July we started the day with a two-hour trail ride in the Absaroka Mountains that left us hot, dusty, and achy. Later that day we attended the Cody Stampede, one of the best rodeos I’ve seen in person or on TV!

For our 25th anniversary in September, Mary and I went on a riverboat cruise on the Rhine from Amsterdam to Basel, Switzerland.  My favorite part was the stretch of river called the Middle Rhine Valley.  We sat on the top deck, drinking our coffee, and watched castle after castle pass us by. The cruise on the Rhine and four days of riding the rails in Switzerland were breathtaking but the flight to Amsterdam and the return to Tampa were stressful and exasperating due of the ever-changing COVID restrictions.

Mary and I are taking our family to visit my brother and sister-in-law in Oxnard, CA. in July. We are also planning to visit the Grand Canyon, Mt. Rushmore and the Arches National Park with Craig and Debbie in September.  Mary still devotes time to our church, helping with the finances and I keep busy with my work with the Gideons.

There are some new treatments for prostate cancer on the horizon that may extend my life, but I no longer dwell on the time I have left.  My focus is on my family, my friends and most importantly, sharing the saving grace of Jesus Christ with anyone I can. You see, it is no longer a terminal disease that consumes my thoughts but the eternal life that Jesus assures me of. I still start each day reading the Bible, but my prayer time is spent thanking God for His grace and asking Him to bless others.  I guess this is my way to write “eternity” in my community.

“For God so loved the world, that he gave his only Son, that whoever believes in him should not perish but have eternal life.“