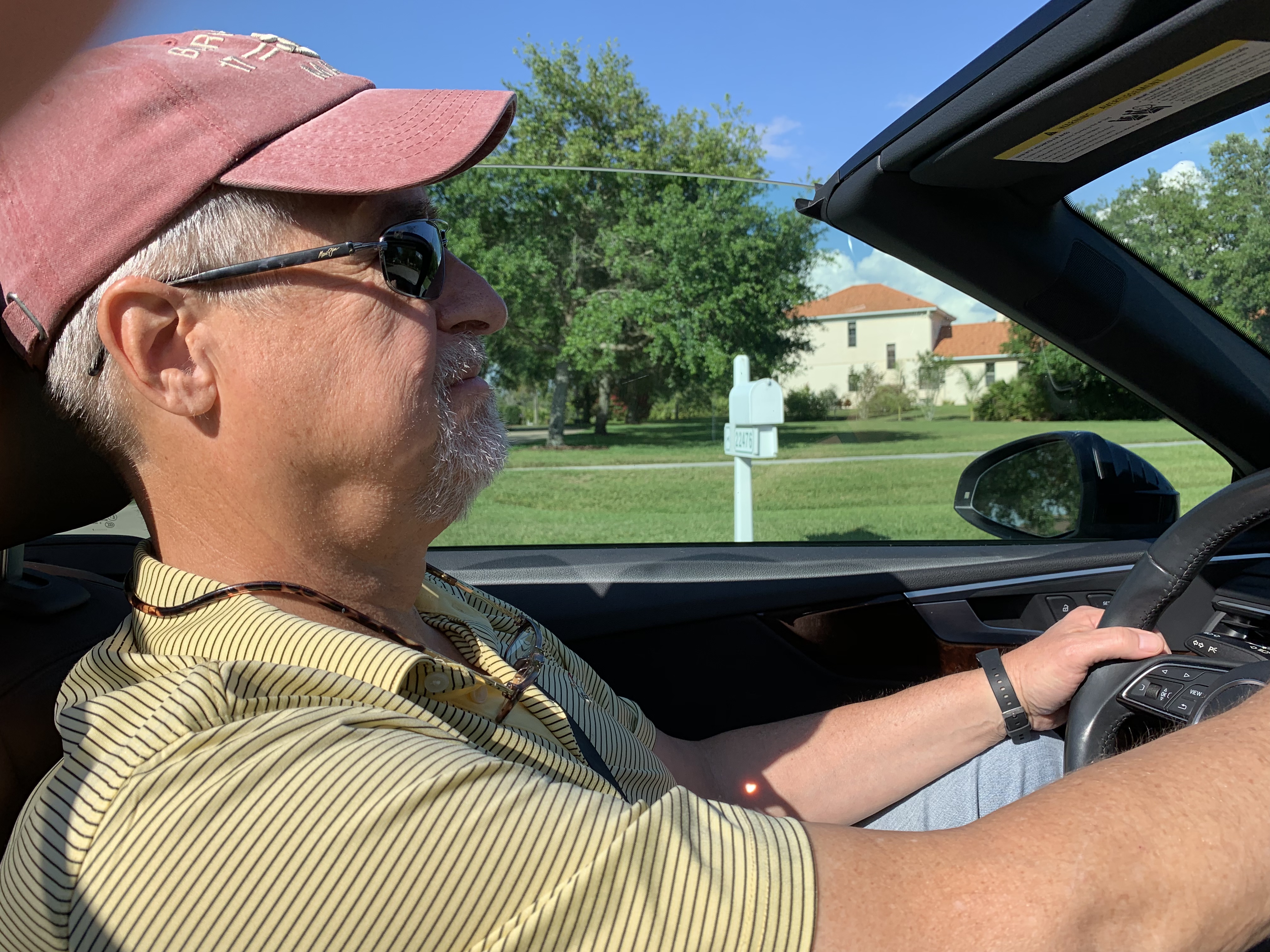 I bought my first convertible in 1974 while I was a freshman at the University of Wisconsin in Madison. It was a 1968 Triumph TR250 in British racing green. 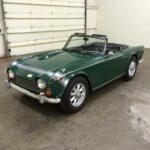 It was fun to drive but rarely started when it was raining or cold. I look back fondly on those early days and remember how I enjoyed driving with the top down, wind in my hair, the 6 cylinder engine purring as I maneuvered the twisty roads of Wisconsin. Forty-five years later, I am driving my third convertible.

When I was diagnosed with cancer in June of 2017 it made me think of all the things I had wanted to do that now may have to be jammed into a shorter period of time. A friend recommended that I read “The Last Lecture” by Randy Pausch. The author was a college professor who was diagnosed with non-operable brain cancer. As the title suggests, he prepares his last lecture to students and faculty.  There’s a paragraph in the book where he relays a story about a coworker who is following a fellow in a convertible who was singing at the top 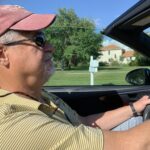 of his lungs.  To the coworker’s surprise, it was Randy. He explained that even though his days were numbered he took joy in the simplest of things.  A few weeks later I leased an Audi A5 convertible with all-wheel drive, a 2-liter turbo engine and a Bang and Olufsen sound system. I get more enjoyment from driving with the top down and my music blaring than any car I’ve driven since 1974!

Recently, Mary and I flew to NIH in Bethesda for my annual check-up. Normally, my check-ups are a one-day event every three months consisting of blood work and a consult with the doctors but once a year I go in for the blood work plus a CT and bone scan. These check-ups generally don’t bother me but the weeks leading up to this one were tough. It’s been almost two years since my diagnosis and statistically, prostate cancer usually returns in 2 to 3 years with the hormone therapy. I try not to talk much about the odds because it serves no good purpose but the more time that goes by, the more anxious I get.

We flew out of Tampa on a direct flight to Reagan National in Washington, DC and then took the Metro to Bethesda. We like the Hyatt Regency because it’s close to the Metro station and in the heart of the Bethesda restaurant district. Day one was when all my tests and scans occurred beginning with a trip to Phlebotomy, then my CT scan followed by the bone scan. I use an app called Follow My Health that both Sarasota Memorial and NIH use to provide access to results, documents and other data for their patients. While we were waiting for my bone scan I received a notice that NIH had updated data in the app.  I opened the app and searched for “Results”. I scanned the bloodwork, most of which is foreign to me, and found what I was looking for. Protein Specific Antigen or PSA. This is the marker that tells whether my cancer is back. I looked at Mary and asked, “Do we want to know now or wait for the clinic tomorrow?” Without hesitating, she said, “Now!” I drew a long breath and clicked PSA. There was no change! We both thanked God for His mercy and sighed a sigh of relief.

Day two is the clinic.  Buoyed with the results from the day before, we took the clinical trial elevator to the 12th floor. I registered with Jimmy, a baseball fanatic and friend who manages the intake. One of the nurses took my vitals and within a few minutes, we were called in to meet with Dr. Carter and Dr. Chin. Mary and I smiled and I told them we knew about the PSA. They went over the rest of my blood work results that showed no critical challenges. The CT and bone scans not only showed no cancer growth but indicated that one of the cancerous areas was showing improvement! When they were done asking questions it was my turn to ask my questions. My focus has been on alternative treatments if, and when the cancer returns. For example, there’s a new drug called Checkmate 650 by Squibb-Brystal Myers and City of Hope in California is planning a clinical trial using CAR-T on metastatic prostate patients.

Dr. Chin wasn’t up-to-speed on Check-Mate and promised to do some research. He was aware of the CAR-T studies on the West coast but it was too early to tell if it would be viable for me. I also brought up a clinic in Germany called Infusio that claimed to be able to cure cancer in all patients by jacking up the bodies immunity system over a 4 week period using infusions, stem cell, and other holistic treatments. Dr. Chin, in his broken English, was adamant that this was a huge waste of time and money. A day or two later I received a call from Frankfurt.  The Infusio rep asked me if I had any questions and I replied, “Just one”.  “What are your statistics on people who follow your protocol with my cancer who are still living five and ten years after treatment?” He clumsily made an excuse for why they didn’t keep records after which I told him I wasn’t interested.

Mary and I left Bethesda the next day feeling optimistic and grateful for God’s provision. No matter how much time we have together, we’re committed to making the most of every day. James, the brother of Jesus said “Why you do not even know what will happen tomorrow. What is your life? You are a mist that appears for a little while and then vanishes.” I will continue to follow the advances in medicine and perhaps a cure or a viable treatment that can extend my life will be found. I believe that God can and will heal me if it’s His will but whether He restores me or takes me home, I will glorify the Lord in whatever I do.  Until that time, you might just catch me driving down the highway with the top down, music blaring and singing “I’ve got a peaceful, easy feeling and I know you won’t let me down”!