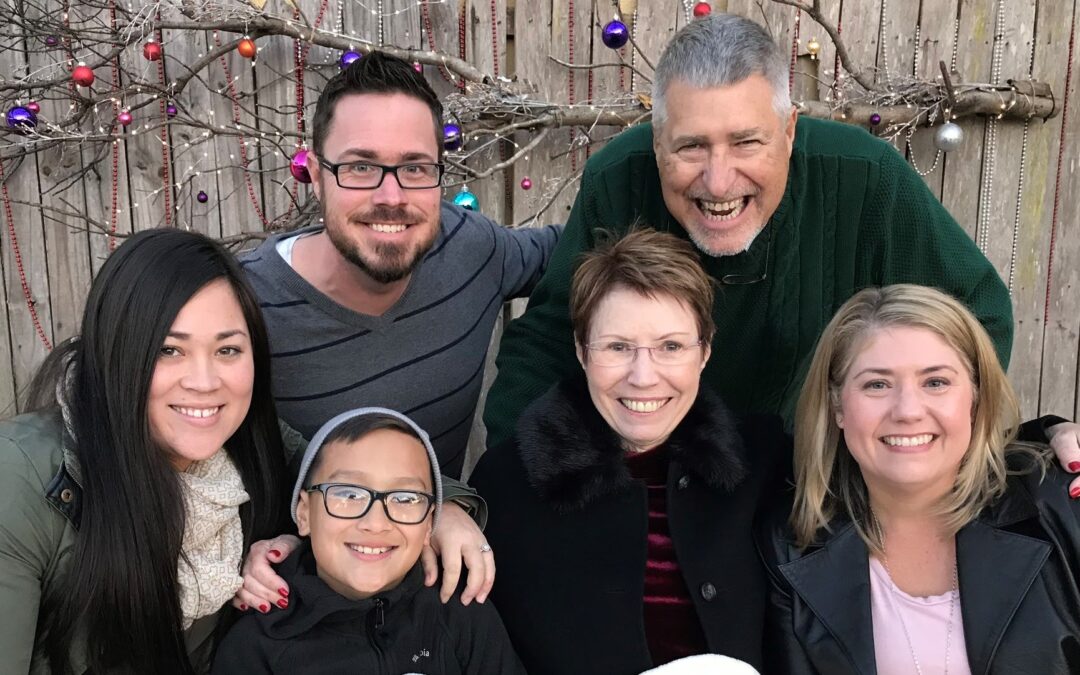 Like many, the Bartlein family has had its ups and downs this year, but we made it through without too many scars. Andrew and Chrissy completed their Bachelors in Ministerial Theology are now ordained ministers at their church in Plant City. Grandson Aiden is doing well in his learning “pod”. Carla is rediscovering what it’s like to be single and after a short furlough from Feld Entertainment, she’s back with an even brighter future.

Mary and I had to cancel two trips to Europe this year because of COVID but were able to squeak in a wonderful trip to North Carolina with good friends Ray and Barb. We were also able to go on our annual pilgrimage to Mount Dora with our Wisconsin buddies, Peter and Ann. Our good friends from church, too many to list, helped to make 2020 tolerable. Our life group met almost every week by Zoom and prayed for each other during this year of ups and downs. South Shore Community Church had to vacate their property while the building was being remodeled and Alta Vista Elementary School graciously offered us a place to meet until COVID changed the rules about meeting in large groups. In June, we held our first services in the newly remodeled and beautiful new building!

My PSA started to climb in October which meant the cancer was back. Fortunately, the lesions on my pelvis haven’t grown. My doctors added another medicine to my growing list, Xtandi. The new med works in a different way than the original hormone therapy drug and within a few weeks my PSA was back to safe limits. The side effects were uncomfortable but only lasted a week or two. According to my doctor, I should get another year or two before the PSA begins to increase again. Prayerfully, there will be new drug to take its place.

The big story of the year was meeting my older brother, Mel. Over a year ago, my younger brother, Todd, was contacted by a young lady in Connecticut, Alyson, who told him he might be her uncle! After further research, it turns out that our mother and father had Mel in 1953 and gave him up for adoption in Miami. They weren’t married at the time and back in those days you kept such things quiet. A year later, they did get married and a year after that, in 1955, I came along.

When Todd called me to tell me the news, you could have knocked me over with a feather! So many thoughts raced through my head; Why didn’t mom ever say anything about having a child before me? What was my brother like? Did he have a nice family and upbringing? Mel was going through some health issues and wasn’t open to speaking with us for several months. Todd and I spent those months coming up with all sorts of scenarios. Finally, I received a call from Mel and we talked for two hours! It was like talking to myself and I immediately felt a connection. We have similar careers, both in sales and similar medical backgrounds. A few weeks later, we did a Zoom video call with our wives and Mel’s wife, Louise, commented on how the three of us shared some of the same mannerisms.

We made plans to get together in April, but the pandemic prevented travel. On September 8, Todd and Mel flew into Tampa International for what I hope will be the first of many brother visits. Mel’s friend Gene made arrangements for four TV film crews to meet us at the airport to chronical our story, Bay News 9, Fox, NBC and CBS. The three of us went fishing on day one, played golf on day two and went to the shooting range on day three. It was a lot of male bonding packed into three days!

It would be hard for me to explain all the emotions that I felt during our time together. We laughed a lot but we also had some serious, heartfelt conversations. I didn’t want the visit to end. The three of us have a lot in common yet we are different. I am now the “middle child” and although I don’t know what that really means, I look forward to finding out! My only regret is that we didn’t have a chance earlier in life to know Mel. I actually like having an older brother and when we talk on the phone, we end the call with “I love you”.

“Rejoice in the Lord always. I will say it again: Rejoice!“

Well, this wraps up my last post of 2020. We’ve had our challenges but there was also a lot of joy. Scripture says, “Rejoice in the Lord always”. No matter what life throws at you just remember that God never leaves us. He is steadfast and we can count on Him. I feel so blessed to be a part of your life through these posts. May God bless you and keep you safe in 2021. Have a Merry Christmas, a Happy Hanukah, and a Happy New Year!